Not just a pretty picture! 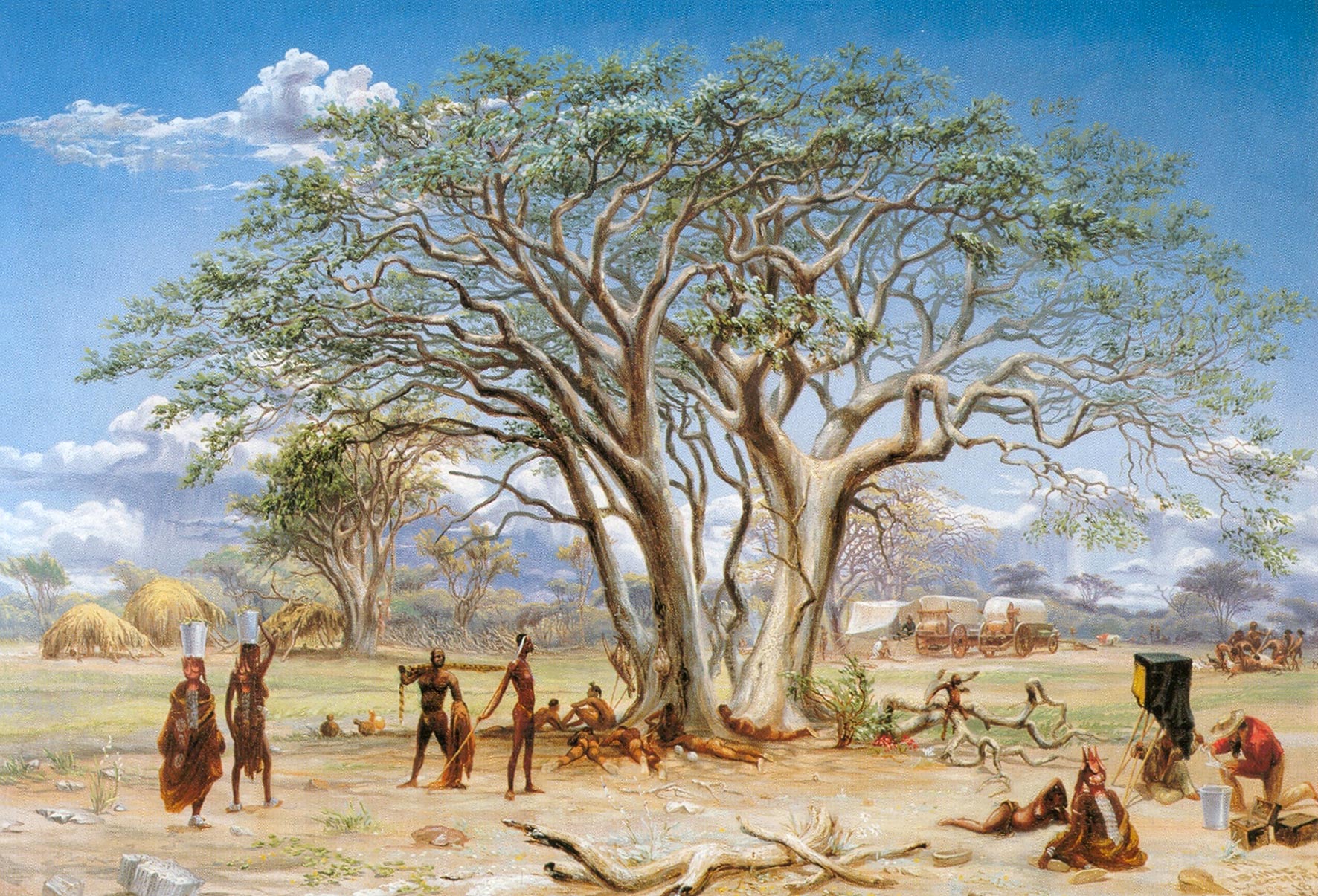 John Thomas Baines remains one of the most iconic individuals, as far as the history of art is concerned. His work as a marine, portrait and botanic painter outranked many of his rivals’, leading to his eventual appointment in 1855, as a British government draughtsman and painter, accompanying the scientific team on the North Australian Expedition. In honour of his contributions to botanical science, many fascinating plant species have been named after him, like the Aloe Bainesii in KZN, of which live samples were shipped to the Kew Gardens in London.

Apart from his success as a painter, what’s more fascinating is one of the elements he painted: the original painstaking method of capturing a photograph. During the Renaissance there was occasional use of a camera obscura (Latin for ‘dark chamber’): a small hole in the wall of a dark, covered box would let enough light in to project an upside-down image of whatever subject was outside the box. This process didn’t become formally known as photography until Joseph Nicéphore Niépce invented a light-sensitive surface material which allowed for recorded images to be stored and reviewed (Easby, n.d.).

Baines’ depiction of this technology is interesting because it was introduced within his lifetime and did not proliferate as widely as expected for decades to come, due to the long exposure times required for clear images (up to 8 hours were needed for a clear picture in 1826). Considering the development of the light-sensitive surface, into materials such as copper plates, coated in pewter and silver, photography was an expensive art form and didn’t gain popularity until hypo came into being: a chemical compound that reversed the light-sensitivity of paper. This development later gave rise to the famous darkrooms where the chemical was applied to paper on which images were recorded, right up until the end of the 20th century when digital cameras were launched.

The significance of hypo was huge and helped keep the cost of photography to a minimum and allow for the protection of whichever images were recorded (Niépce’s images mostly turned to black because continued exposure to light, when viewing them, altered the surface on which the images were recorded). Baines’ decision to include this in his painting also shows us that every effort was made to document all aspects of each expedition – if the photographs were ruined, these paintings would have provided a reliable and legible back-up plan.

Do you have images of images being taken? A picture within a picture, perhaps? Share your thoughts and tell us why you find these interesting, or check out our previous blog post for more on achieving the glorious darkroom finish for your modern photographs.